Posted at 07:46h in Multiclock by Maximilian Rest 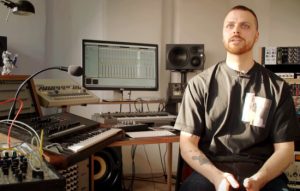 Henning Baer in his studio

Henning is a multiclock user since the early days. His setup is all based around an Elektron Octatrak and Ableton Live, tied together by the multiclock. Most of his sequences are programmed on the Octatrack and recorded into Live, using plugins to shape the sounds. The shift function of the multiclock allows him to align his  sequences perfectly in time, compensating for the plugin latency and allowing him for a real-time, creative workflow.

Check out the video above for the whole story, and check out his music on Soundcloud and Bandcamp.