03 May Presenting polygogo at SUPERBOOTH19

Posted at 16:10h in polygogo, Synth by Maximilian Rest

We are excited to present polygogo, our newest member to the E-RM product family at SUPERBOOTH19 from May 9-11 in Berlin. polygogo is a stereo synthesizer oscillator in eurorack format, which is based on our proprietary polygonal synthesis method. 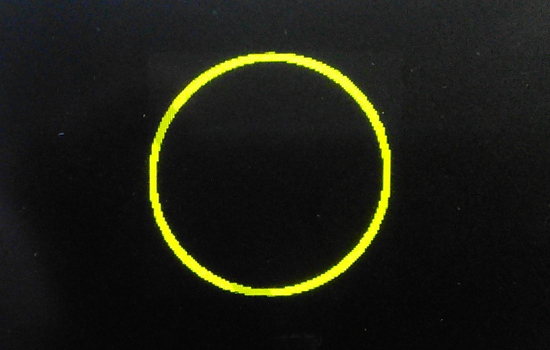 Polygonal synthesis was initially developed by Maximilian Rest and Christoph Hohnerlein back in 2015. The main concept is centered around complex polygonal amplitude shaping in a two dimensional space, which is projected into the time domain to derive strictly orthogonal signals.

In human language: it is a very versatile synthesis technique with greatly animated spectra, which lends itself for everything from lush drones to sprinkly noise, plucky bass and cutting leads.

Over the last four years, great care and love to detail led to a refined algorithm, which was eventually shaped into the polygogo eurorack module. Despite the digital nature of the core idea, some main parts of the signal chain were transfered into the analog domain, to create an extraordinary sonic experience. With a total of nine CV inputs at audio rate, you can bend the organic structure which is winding behind the black glas.

The „single knob – single function“ interface was designed in collaboration with Instrument Designer Tatsuya Takahashi, and craves to be used as a live performance instrument as well as getting lost in meticulous sound design. Despite being a great musical synthesizer, the X and Y outputs allow polygogo to be connected directly to laser systems or other X/Y plotting visualizers.

Visit us at SUPERBOOTH19, Booth W320 from May 9-11 in Berlin to check out polygogo and some surprises around it yourself, and in the meantime, watch the recording from the presentation at SchneidersLaden in April below.

Pricing and availability will be announced as soon as possible.